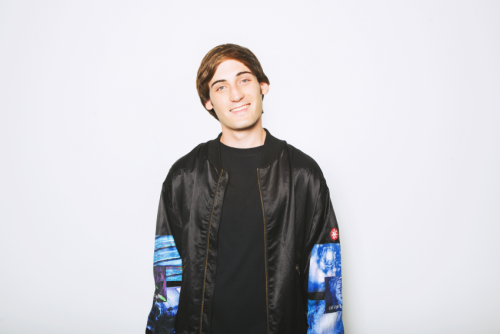 PLS&TY is quickly becoming one of the most distinguished stars of the Future Bass world today. The rising forward-thinking producer has already amassed tens of millions of plays on Soundcloud alone and hit the #1 spot on the HypeMachine charts an unprecedented thirteen times – and all this in the space of just one year.

His Remix of Genevieve’s ‘Colors’ was placed in a multi-million dollar Hershey’s ‘Hello Happy’ television commercial that has been viewed over a BILLION times; K-Pop stars GOT7 performed to his Remix of Drake’s ‘Hotline Bling’ at the 2015 SBS Awards Festival in front of a TV audience of millions. His single Run Wild’ even saw a feature as the theme song for Canada’s hit reality television show, Occupation Double.

Nonetheless, ‘Good Vibes’ became PLS&TY’s breakout hit & first glimpse at mainstream success. After landing a licensing deal with Universal Music Group, PLS&TY’s ‘Good Vibes’ would top the iTunes charts in multiple countries (including the #1 position on the iTunes United States Electronic Charts) in the first week of release, and would debut on Spotify’s Viral Charts in Germany, Poland, and The Netherlands.

‘Down For Me’ followed the success of PLS&TY’s breakout hit ‘Good Vibes’, peaking in the top 10 of iTunes United States Dance charts – his second consecutive top 10 charting single. The single would later receive a Remix by 3x Grammy nominated producer Morgan Page.